Last month Which? released statistics highlighting the number of people falling victim to 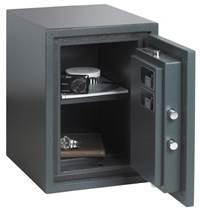 identity fraud in the UK. The shocking numbers suggested that the rate of fraud has risen by almost a third.

Fraud prevention service, Cifas, confirmed that during the first quarter of 2015 there were 34,151 instances of identity fraud recorded. These rising figures are somewhat shocking and are definitely preventable with the right measures undertaken. Read on for more information regarding identity fraud and how you can help avoid becoming a victim.

What is Identity Fraud?

ID fraud occurs when criminals abuse personal data in order to impersonate a victim or in fact create fictitious identities to obtain products and services. Using a stolen identify, thieves are able to obtain goods by deceiving others as well as, and not exhausted to, the following:

Further figures suggest that in the first quarter of 2015 credit cards were involved in approximately 14,103 cases of fraud and 9,349 cases involving bank accounts. According to Cifas 80% of this type of fraud was attempted online.

Identity theft is just as likely to occur as a result of physical theft as it is online where people sort through your rubbish or attempt to make contact pretending to be a legitimate organisation. It is important to stay savvy and remember a few simple rules:

Unfortunately, the first quarter of the year has been very profitable for organised identity criminals, so it is important that we do as much as we can to prevent such situations. However, if you do notice a potential threat, you need to act quickly.

The first you learn of identity fraud will likely be when you are hit with a bill or invoice for something you haven’t ordered. If you should suspect that your identity has been stolen you should contact your bank or credit card company, as well as the police, as soon as possible.

Invest in a Safe

Your identity is far more valuable to a burglar than your TV or tablet. So it is vital that you store documents such as birth certificates, bank statements, and passports safely and out of reach of prying hands. We’d suggest investing in the purchase of a safe to secure your valuables against potential theft. You should ensure that the safe comes with the correct test certificate and carries an AIS certificate.

Whether you choose a digital or key locking system both are extremely robust and it generally comes down to a matter of personal preference. When choosing a safe to protect certificates, documents and other valuables that are irreplaceable it is a good idea to consider the value of belongings and the associated risks assessed.

Safes are generally categorised in “Cash Ratings”, which is an indication of the level of security of a safe and the highest amount of money that should be kept in it. Even more safes with recognised cash ratings have European attack test standards linked to them. To meet these standards, safes have to be submitted to national testing laboratories where they are attacked with a range of tools and then awarded a score based on these results.

If you think it’s about time you protected yourself from identity theft and require a safe to do so, give our experienced team a call on 0117 967 4994 for more information and advice. Alternatively you can find a host of information on our blog.